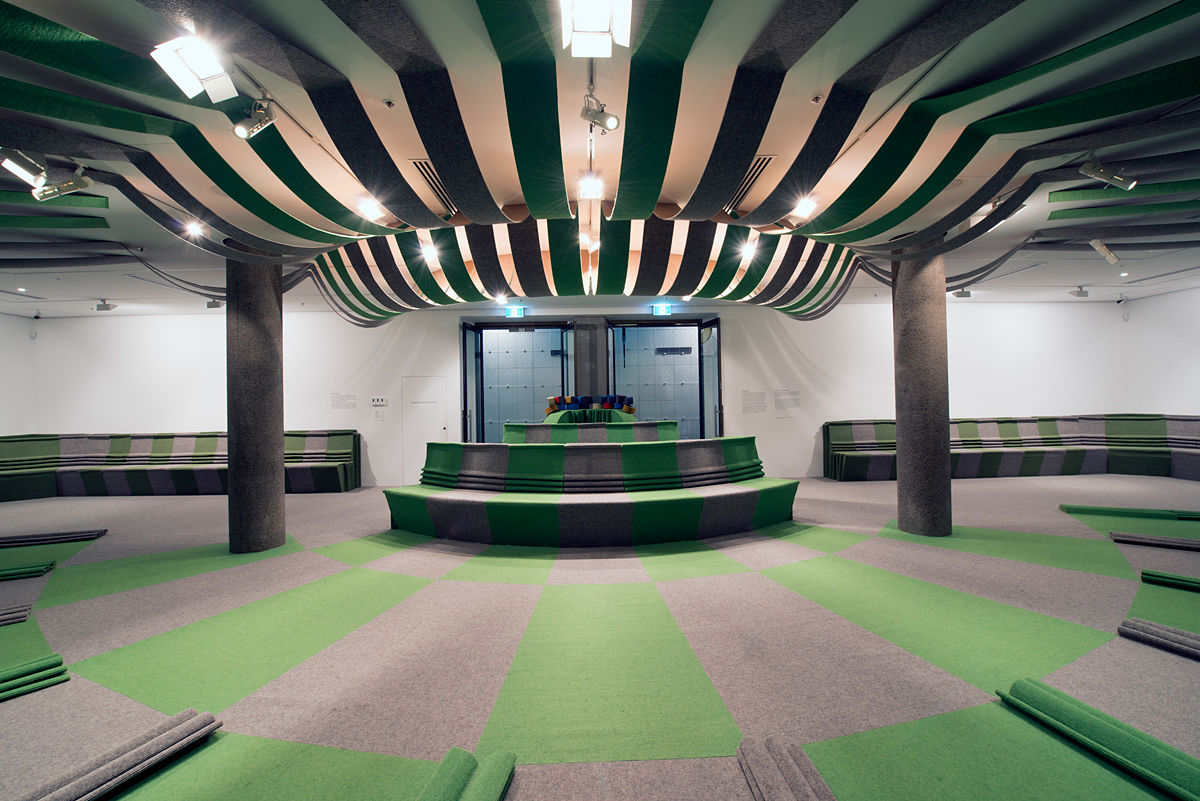 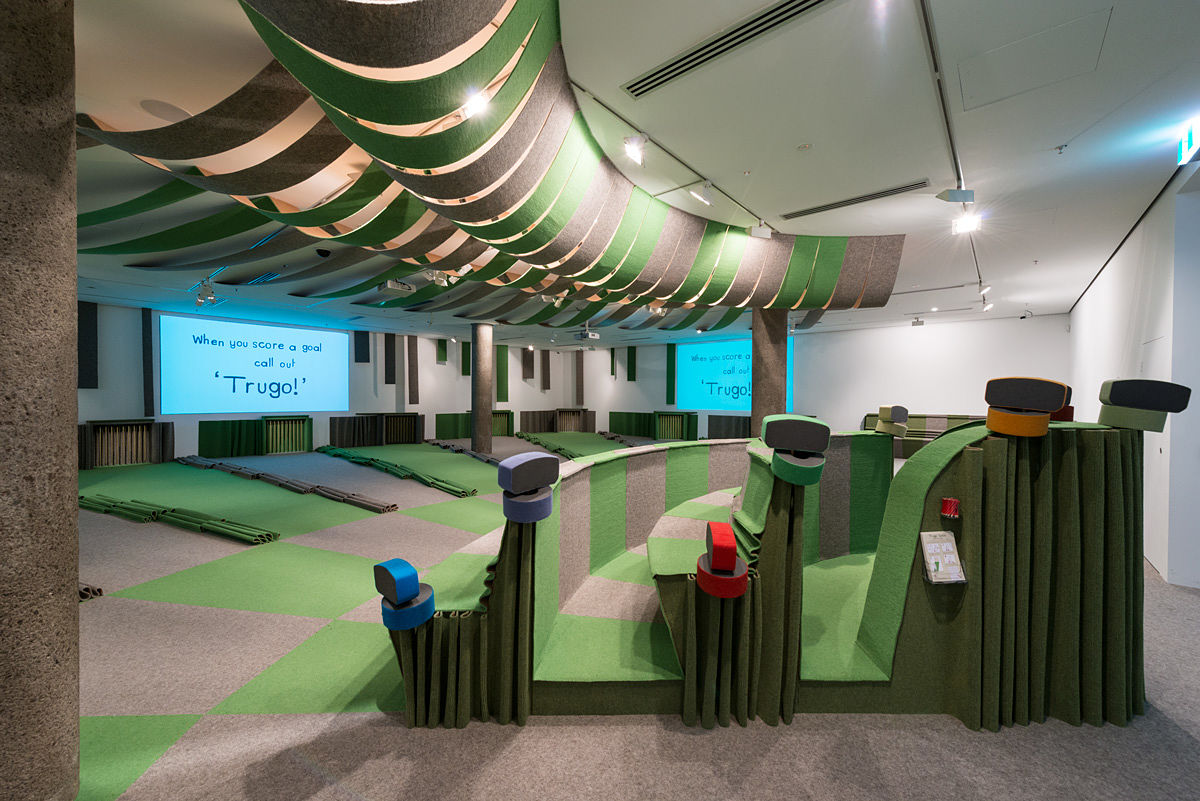 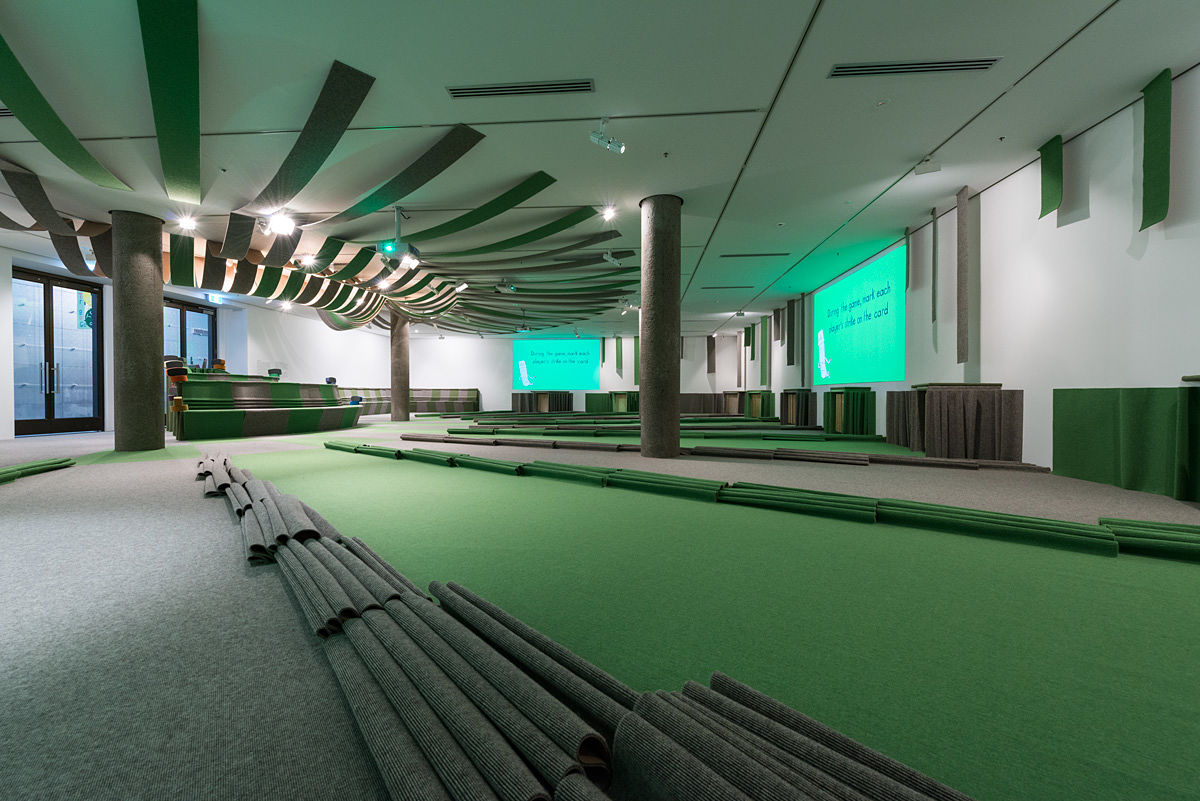 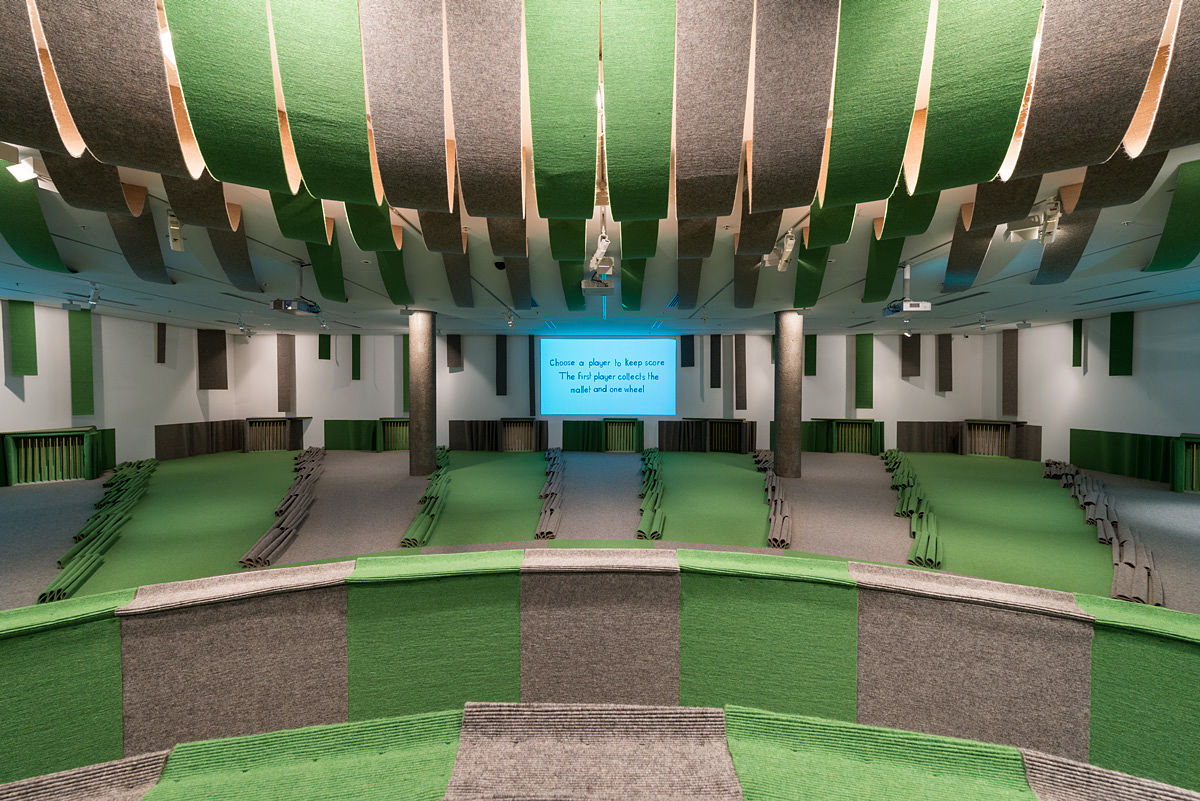 PHOOEY Architects devised a truly innovative and fun environment in their exhibition space at the NGV with a children’s version of a very old game called Trugo which was started by railway workers (and played to this day!) exclusively in Melbourne.    As an up-cycling initiative,  PHOOEY used Tretford roll and any of our off-cuts in Olive Tang and Silver Birch colours that may have ended up being potential waste.  Read their article below …

PHOOEY Architects were proud contributors to Melbourne Now, the National Gallery of Victoria’s celebration of the latest art, architecture, design, performance and cultural practice & reflection of the complex creative landscape of Melbourne, held between November 2013 & March 2014.

PHOOEY Architects and artist Flatland OK combined creative forces to install a child-friendly version of Trugo, a bespoke indoor alley to prepare the next generation of Trugo sports persons.

Besides AFL, Trugo is the other sport originating from Melbourne. It was invented by Newport Railway workers in the 1920’s. They used a sledgehammer to strike a rubber wheel between their legs down the centre of a red rattler train carriage. The game expanded into sixteen clubs around Victoria and is played on lawn greens. Today eight clubs remain.

This project was sponsored by the Dewhurst Family and supported by:
Gibbon Group
Joyce Foam Products
Autex
Tyrex Solutions

Speak to us about your next project